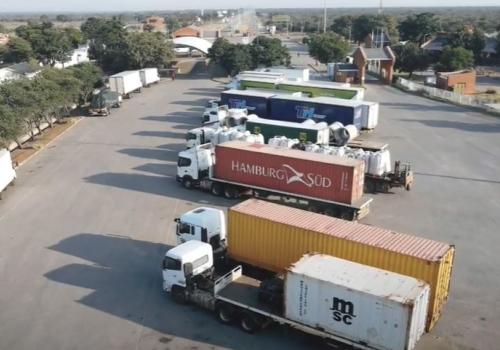 The Southern African Development Community (SADC) aims to achieve regional integration and eradicate poverty within the Southern African region and to attain these goals, Member States must work together for effective results on common problems and issues.

Industrial development is at the centre of SADC’s regional integration agenda alongside competitiveness and market integration. The Regional Indicative Strategic Development Plan (RISDP2020-2030)’s endeavour has to strengthen this position by ensuring that industrialisation-related initiatives are front-loaded. The SADC Industrialisation Strategy and Roadmap (SISR 2015-2063) also aims to promote SADC’s economy and deepen regional integration through structural transformation.

To enable this, SADC Protocols have been put in place to help provide codes of procedure and practice on various issues, as agreed by Member States. A Protocol is a legally binding document committing Member States to the objectives and specific procedures. For a Protocol to enter into force in the SADC Region, two-thirds of Member States need to ratify, giving formal consent and making the document officially valid. Any Member States that did not initially become party to a Protocol can accede to it later.

The remaining work includes the signing and ratifying of the Protocol Industry. As of December 2022, only five Member States had ratified, namely Angola, Botswana, Namibia, Seychelles, and Mauritius. The success of the Industry Protocol depends on the involvement of all SADC Member States to take advantage of the economies of scale that accompany a high number of Member States involved in executing activities associated with the Protocol.

The ratification of the Protocol is followed by implementation; if this implementation is done effectively and efficiently, certain benefits can be expected. These include: an increase in regional growth rate, improved share of manufacturing value added (MVA) in overall SADC Gross Domestic Product, high uptake of high-technology production approaches, an increase in manufactured exports,  the share of SADC exports to global markets, and in the share of industrial employment and total employment.

To emphasise the significance of the ratification and, in the process, urging Member States to ratify the Protocol on Industry, SADC is currently hiring a consultant who will be responsible for promoting the benefits of ratifying the Protocol.