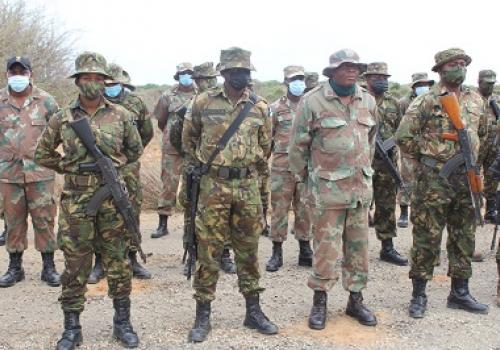 The SADC Mission in Mozambique (SAMIM) was deployed on 15 July, 2021 following approval by the Extraordinary SADC Summit of Heads of State and Government held in Maputo, Republic of Mozambique on 23 June 2021 as a regional response to support the Republic of Mozambique to combat terrorism and acts of violent extremism. Summit noted with concern continued acts of terrorism perpetrated on innocent civilians, women and children in some districts of the Cabo Delgado Province.

The mandate of SAMIM includes supporting the Republic of Mozambique to combat terrorism and acts of violent extremism in Cabo Delgado, by neutralising terrorist threat and restoring security in order to create a secure environment; strengthening and maintaining peace and security, restoring law and order in affected areas of Cabo Delgado Province; and supporting the Republic of Mozambique, in collaboration with humanitarian  agencies, to continue providing humanitarian relief to population affected by terrorist activities, including internally displaced persons (IDPs).

The operation of SAMIM is supported by the Regional Coordination Mechanism (RCM) which reports to the Head of Mission and the SADC Executive Secretary.

Since its deployment, SAMIM has registered a number of milestones, including recapturing villages, dislodging terrorists from their bases and seizing weapons and warfare material, which has contributed to create a relatively secure environment for safer passage of humanitarian support. Additionally, members of the community have developed confidence in SAMIM forces, feeling more secure and allowing internally displaced persons to return to their normal lives