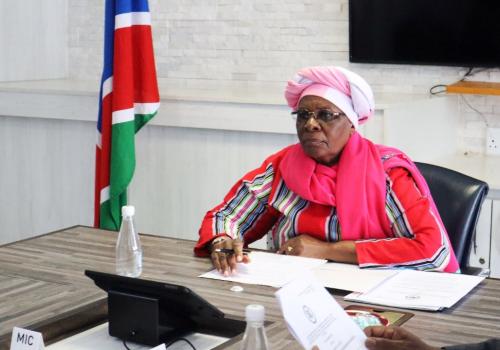 The Southern African Development Community (SADC) has expressed its commitment to continue supporting efforts towards bring lasting peace and security in the eastern parts of the Democratic Republic of Congo, following recent attacks in the eastern part of the DRC that have left hundreds dead and thousands displaced.

The commitment was expressed at the Ministerial meeting of the Organ Troika plus Force Intervention Brigade (FIB) Troop Contributing Countries (TCCs) and Democratic Republic of Congo which was held virtually on 14 September, 2022.

Hon. Netumbo Nandi-Ndaitwah, Deputy Prime Minister and Minister of International Relations and Cooperation of the Republic of Namibia and Chairperson of the SADC Ministerial Committee of the Organ (MCO) called on the SADC to re-double its efforts to ensure stability in the DRC.

Hon. Nandi-Ndaitwah, who assumed the Chairship of the MCO at the 42nd SADC Summit of Heads of State and Government in Kinshasa, DRC, said the security challenges in the eastern part of the DRC threaten the common aspirations for regional integration and further close the economic space for development and incentives for industries to grow and create sustainable jobs, in particular for women and youth.

The Chairperson of the MCO commended the Force Intervention Brigade, which in the spirit of collective security, has been steadfast in neutralising negative forces in the eastern part of the DRC since 2013.

The meeting follows another engagement by the SADC Executive Secretary His Excellency Mr. Elias Magosi with the Special Representative of the Secretary General (SRSG) of the United Nations to the DRC and Head of United Nations Organization Stabilization Mission in the Democratic Republic of the Congo (MONUSCO), Ms. Bintou Keita, held on 12 August 2022 where the two discussed the ongoing security challenges in the Eastern DRC and the role of the FIB within the MONUSCO.

Listen to the remarks of Hon. Netumbo Nandi-Ndaitwah, Chairperson of the SADC Ministerial Committee of the Organ (MCO) https://youtu.be/zXwlw2EGhyQ