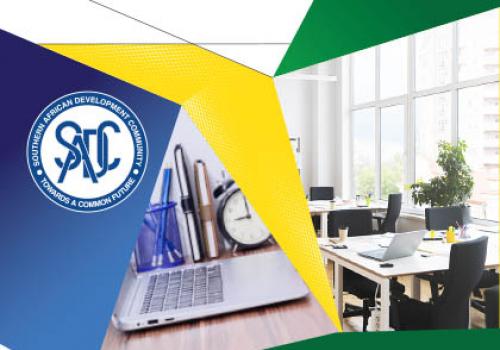 The SADC Council of Ministers, during its meeting in August 2020, directed the SADC Secretariat to operationalise the initiative to recognise and honour the Founders of SADC. The initiative, as approved by the SADC Council, is aimed at providing due recognition to the Founders of SADC for their contribution to the establishment of SADC and subsequent pursuance of a regional integration agenda.

On annual basis, the SADC Secretariat calls for submissions of essay entries from active tertiary institution-going learners. The wordings of the think piece and content aim at promoting the role played by the Founders of SADC taking into account the prevailing peace and security which contributes to the SADC’s Objectives and Common Agenda.

The overall objective of this competition is to enhance awareness of SADC citizens, through evidence-based research, of the historical genesis and process of regional integration and the pivotal role played by Founders of SADC.

The aim of the essay is to honour SADC Founders, and increase SADC citizens’ awareness of the history of the liberation of Southern Africa, regional cooperation and regional integration, as well as to recognize the pioneering contribution of the Founders of SADC.

The specific objectives of the competition are;

Usually all submissions are both hard copies and electronic version in Microsoft Word document format. All essays entering the competition are to be in one of the SADC working languages, i.e. English, Portuguese and/or French and are accompanied by a SADC Tertiary institution Essay Competition Entry Form which contains full contact details of the entrant, including, passport-sized photograph, physical address, telephone, copy of national Identification card, copy of valid Student National Identification Card, fax number and email address; and contact details of the entrant.

The essay, each year has set of questions which are meant to guide entrants in constructing their piece accordingly.

The winning entries receives a once off prize money which will cover the outright payment of the Intellectual Property Rights of the essay. The monetary prize is accompanied by a certificate signed by the Chairperson of the SADC Organ on Politics, Defence and Security and the prize is paid directly to the winner in his/her home country through the Secretariat.

The prizes are as follows;

The top 10 winners all receive certificates signed by the Chairperson of the SADC Organ on Politics, Defence and Security, and the announcement of the winners is conducted through the SADC website (www.sadc.int) including its social media handlers.